I love licorice. Growing up in Cologne, Germany, my brothers and I spent a good deal of our weekly allowance at the corner store to purchase Katjes (licorice cats) or Salino (licorice diamonds) and Schnecken (licorice wheels) from Haribo. The flavor combination of sweet, salty and bitter greatly pleased our young pallets. My oldest brother eventually introduced me to Dubbel Zoute Drops from the nearby Netherlands and Salmiak Pastillen (licorice made salty with the natural mineral ammonium chloride instead of or in addition to salt) That was a new dimension of delight: a distinct mix of pungent, bitter, acidic, salty, taste waters your mouth.

Over the next decades, I met many fans - and foes - of licorice. All of them had different preferences. Only folks born in – or whose ancestors are from - the Netherlands, Scandinavia and Germany north of the Main River share my preference for the salty, black variety. Other folks love the British variety (slightly sweeter, inside a sugar coating), Italian variety (less sweet, more bitter) Australian black or red licorice (contains licorice and fruit extracts), or US Twizzlers which contain no licorice at all. Some folks will never touch any licorice at all.

What are the reasons for this wide spectrum of licorice candy preference or aversion? And how come that licorice is considered both a candy and one of the top 10 medicinal herbs in Western herbal and Chinese traditional medicine? 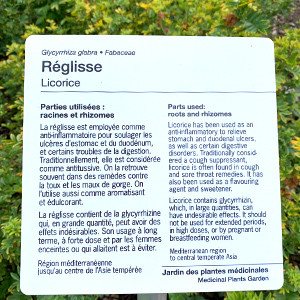 The sweet root of licorice

Licorice extract comes from the root of a plant called Glycyrrhiza glabral. The German name for this root: Süssholz (literally: sweet root). In fact, one of the root’s main flavor components is glycyrrhizin (or glycyrrhizic acid) which is about 30–50 times the sweetness of sugar cane (sucrose). Süssholz is full of the aroma molecule anethole, also present in anis seed, star anise and fennel. Licorice Candy is primarily made from wheat or rice flour, molasses, sugar cane and licorice extract 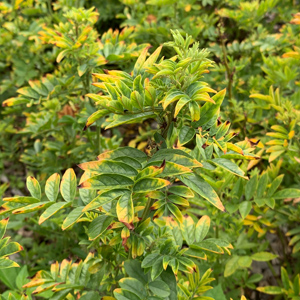 The plant grows in Asia, Southern Russia, and the Middle East and has been used as herbal medicine already in ancient China, Egypt, Greece and Rome. Glycyrrhiza glabral has anti-inflammatory, anti-bacterial and anti-viral properties and Middle Agee European pharmacies recommended licorice extract to fight infections, loosens mucus, heal ulcers and relieve stress. In 18th century England, pharmacist George Dunhill developed the Pomfrey Coookie, a sweetened licorice medicine candy, to help relieve the cough of coal miners. Napoleon was an avid user of licorice powder to calm is stomach nerves. Even today, licorice and salmiak is part of the European and Chinese herbal medicine repertoire. (That said, licorice consumed in extremely high quantities can cause high blood pressure and some adverse effects during pregnancy). 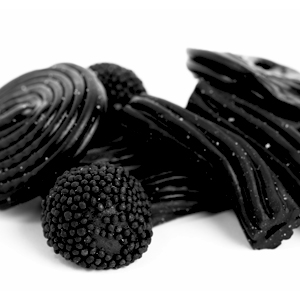 Culinary preferences can be both cultural as well as genetic. One explanation why Rhinelander, Dutch and Scandinavians like salty or salmiak licorice could be related to their overall preference (and genetic need of) salt. In contrast, most Germans living south of the Main River and folks in the Southern hemispheres seem to prefer licorice in sweeter forms. The aroma of licorice, which is similar to anis seed, star anise or fennel, can also split populations. Some like it, some don’t. Those who can stand herbal liquors, such as Jägermeister or Underberg (Germany), or cordials such as Sambucca (Italy), Pastis (France), Ouzo (Greece) or Arak (Middle East) are likely to like licorice candy, licorice toffee or licorice cakes.

If you want to share a recipe using your favorite licorice, please send a mail to info@germanfoods.org